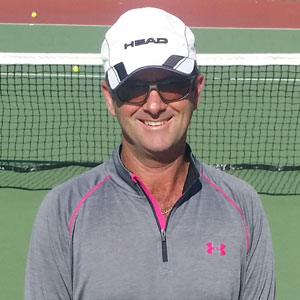 Graeme has been coaching for the past 30 years and has been a Head Tennis Coach at Trinity Gardens Tennis Club since 2010.

Prior to that he reached a career high ATP ranking of 650 singles and played Club Tennis in Germany from 1984 to 1989.

Within his time as a coach Graeme was a SA State talent coach from 1990 to 1999. He has become a High Performance qualified coach and from 1999 to 2006 was the South Australian Sport Institute Head Tennis coach. During this time he has coached Lleyton Hewitt, Alicia Molik, Melanie Clayton, Dejan Petrovic, Paul Baccanello, Todd Perry, Luke Smith, Alex Bolt and Luke Saville. 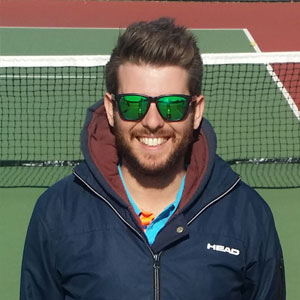 Chris has been coaching for 15 years and within this time has gained his Junior Development qualification. At the age of 19 he became a Head Tennis Coach at Trinity Gardens Tennis Club and is the club’s Junior Coordinator.

During his time as a player Chris played both Division 1 and Pennant, winning the Division 1 premiership. He was a part of both the 10 and under and 13 and under State squads.

Chris is the Head Coach at Marryatville High School Tennis Program and has helped the school reach 2nd (Boys) and 3rd (Girls) in the 2019 Schools National competition.